Overview: photosynthesis is perhaps the most fundamental endothermic process on the planet, but it is often a difficult topic for students. Some of this confusion stems from the different and incorrect ways we try to define what the process does – to create energy, to capture the sun’s energy, to make glucose. I find it helps to simply describe it as the process through which the plant produces its own food and therefore plants still need to respire. You may find that teaching respiration first in plants, as opposed to animals, avoids some of this confusion as photosynthesis and respiration can be considered at the same time. Stress the fact that the mass of a plant comes from the invisible carbon dioxide and without plants, our lives would be over. Point out that the equation for photosynthesis is respiration in reverse!

Key concept: photosynthesis is the process by which plants use energy from the Sun to make their own food from carbon dioxide and water.

From big idea: organisms require a supply of energy and materials for which they often depend on, or compete with, other organisms

Some of the MIT graduates in the video below seem to struggle with the idea of a gas having a mass. 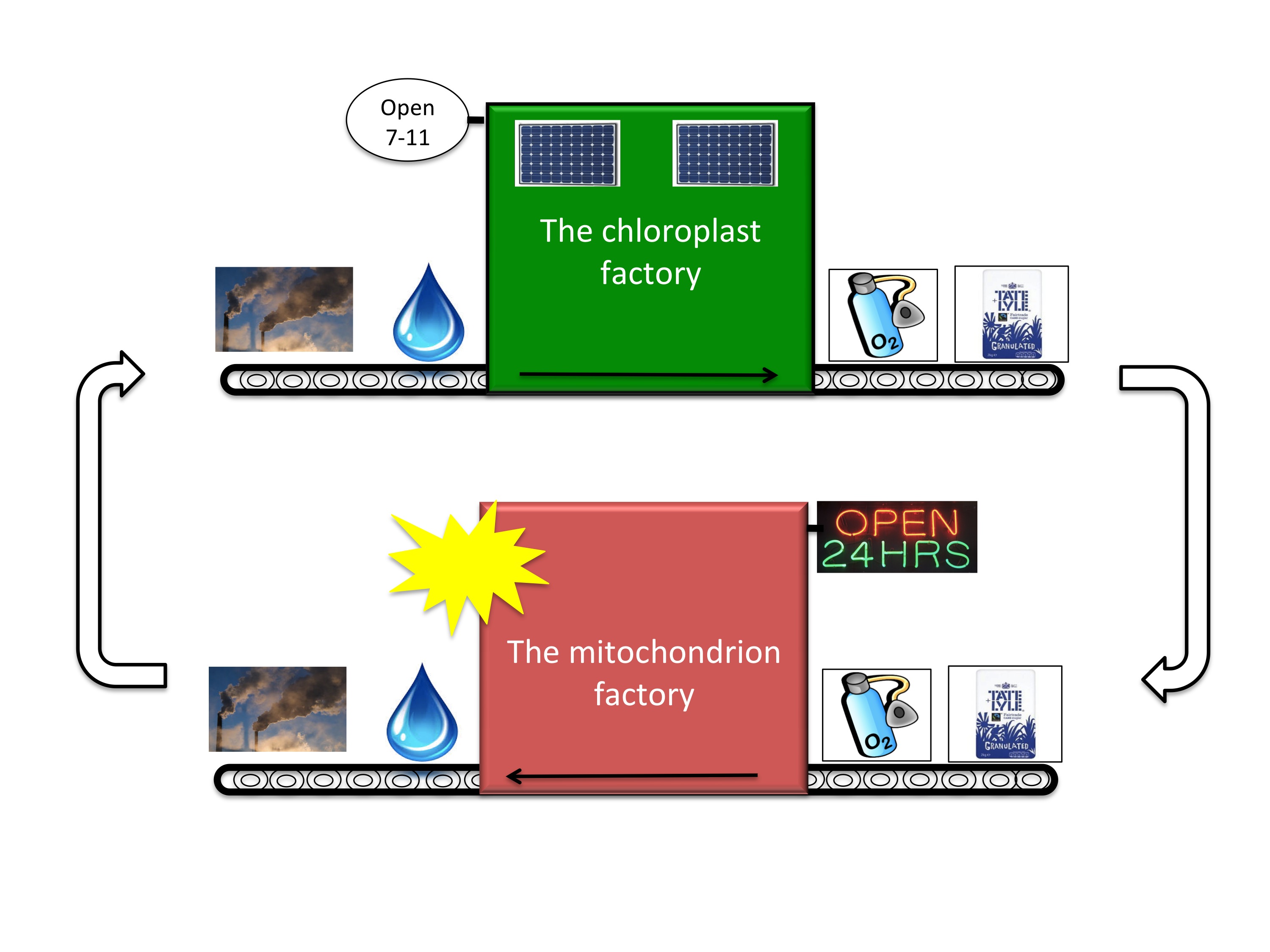 Ask students where sugar comes from. If you can get hold of a sugar beet/potato bring it to class. You could do a quick poll asking where your students get their food from, then pose the question, where does a plant get its food from? It’s not Tesco nor the ground!

This video, involving the dehydration of sucrose, helps students make the link between carbon captured in plant sugars and carbon dioxide from the air. All living organisms are essentially walking, talking blocks of carbon. This demonstration must be carried out in a fume cupboard.

Practical to show the concept

Prove to students that the glucose made by photosynthesis is then converted into starch and that light, carbon dioxide and chlorophyll are needed for photosynthesis.

Key Stage 3 worksheet on respiration and photosynthesis. This simple activity asks students whether they understand the subtle but important differences between photosynthesis and respiration. Students discuss in pairs the question: do plants respire? (PDF)

Uses of glucose from photosynthesis


GCSE worksheet imagining a world without plants: uses for glucose activity. Students consider how plants use glucose produced by photosynthesis. We think about how humans use plants and students write a paragraph describing what their life would be like without plants. The goal of this activity is for students to consider the importance of photosynthesis to both plants and humans. (PDF)

The leaf factory – photosynthesis and respiration

Key Stage 3 and GCSE activity looking at the relationship between respiration and photosynthesis. Mitochondria and chloroplasts are compared to factories to help students understand the relationship between the products of photosynthesis and the reactants of respiration. This worksheet can also be used to help students evaluate the use of models to teach scientific processes. (PDF)

Key Stage 3 creative writing activity on the Green Child and photosynthesis. Students use their imagination to write a story about a green child that can photosynthesise. This approach can support student motivation and lead to deep thinking about the ideas of photosynthesis and respiration. (PDF)