Overview: diffusion is the spreading out of of particles from an area of higher concentration to an area of lower concentration resulting in the net movement of a substance. Note that particles will diffuse in all directions and are constantly in motion. In biology, diffusion is responsible for the movement of oxygen particles from inside the alveolus into a red blood cell. Diffusion can only happen in solutions, liquids and gases where particles are free to move. When teaching diffusion for the first time it is worth considering what a rate is i.e. a change in the concentration of something/change in time.

From big idea: all matter in the Universe is made of very small particles

Start the lesson by frying some food at the front of the class. This should definitely stimulate some interest and get students thinking about particles mixing, and moving randomly from one place to another.

There are some great demonstrations to observe diffusion. Give students a stop clock and ask them to record when they first smell deodorant that has been sprayed in the middle of the class. If you also get students to raise their hands when they first smell the deodorant you will get a lovely ‘ mexican wave’ effect. I used to do this demo standing at the front of the class, but this introduces the misconception that particles move in one direction. Try adding lead nitrate and potassium iodide to a Petri dish of water, yellow lead iodide will form – this provides a great starting point for introducing the idea that particle size affects the rate of diffusion. 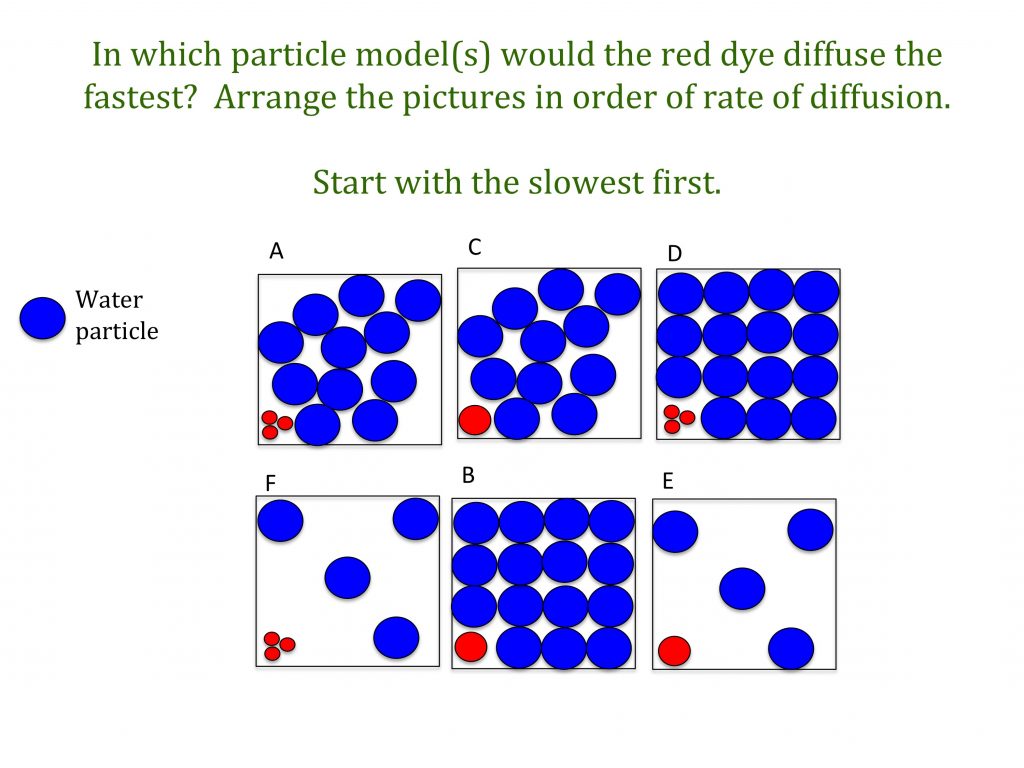 Measuring the rate of diffusion

Factors affecting the rate of diffusion

↵ Back to Chemistry teaching resources