Variation in your classroom

The ability to taste PTC (Phenylthio Carbamide) is a genetically heritable trait that follows basic Mendelian patterns. Within the population some people can taste PTC and some cannot. You can try these PTC strips in your classroom. Refer to CLEAPSS for safety sheets. 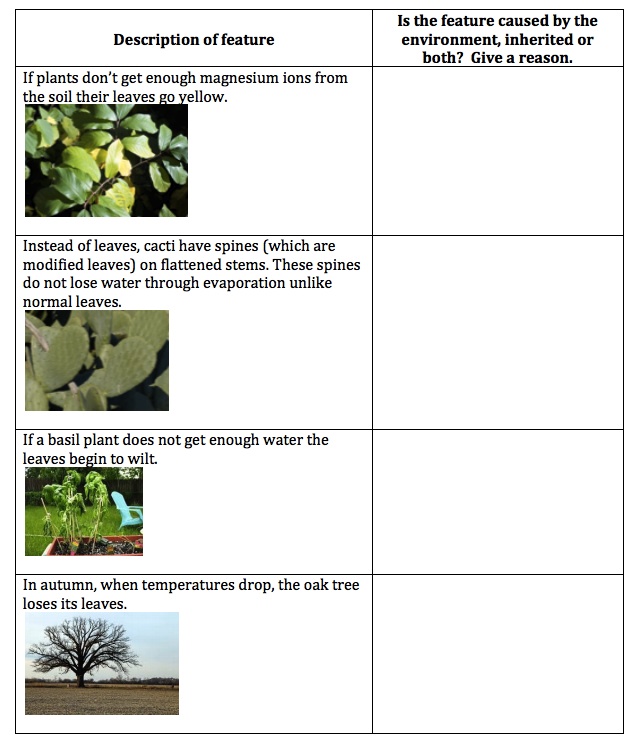 Key stage 3 activity investigating inherited and environmental variation. Students collect leaves form a single plant and then consider differences and similarities in their structure. We then get students to compare leaf structure between two different species and finally introduce the concepts of environmental and inherited variation in the context of leaf structure. We take leaves from the same plant to make the point that they have the same DNA. You could easily adapt this activity to look at continuous and discontinuous traits. Remember, that in most cases, discontinuous traits are caused by single genes whereas continuous traits are caused by many genes interacting with the environment e.g. weight. That’s probably why we won’t find the ‘gay gene’ or the gene for ‘intelligence’. (PDF)