Show students a range of animal endoskeletons and ask them to identify the animal e.g. snake, bat, bird and horse. This can then lead to a discussion about whether all animals have bones (many just have exoskeletons e.g. crabs or hydrostatic skeletons e.g. earthworms).

Labelling parts of a human skeleton

Students will come to secondary school knowing quite a bit already about their skeleton and joints. Rather than assuming no prior knowledge, ask students to work in pairs to label some key parts of a skeleton – this can be done on paper or using Post-It notes to label their own body parts. You can scaffold this task by providing names, including the common one e.g. patella (kneecap). 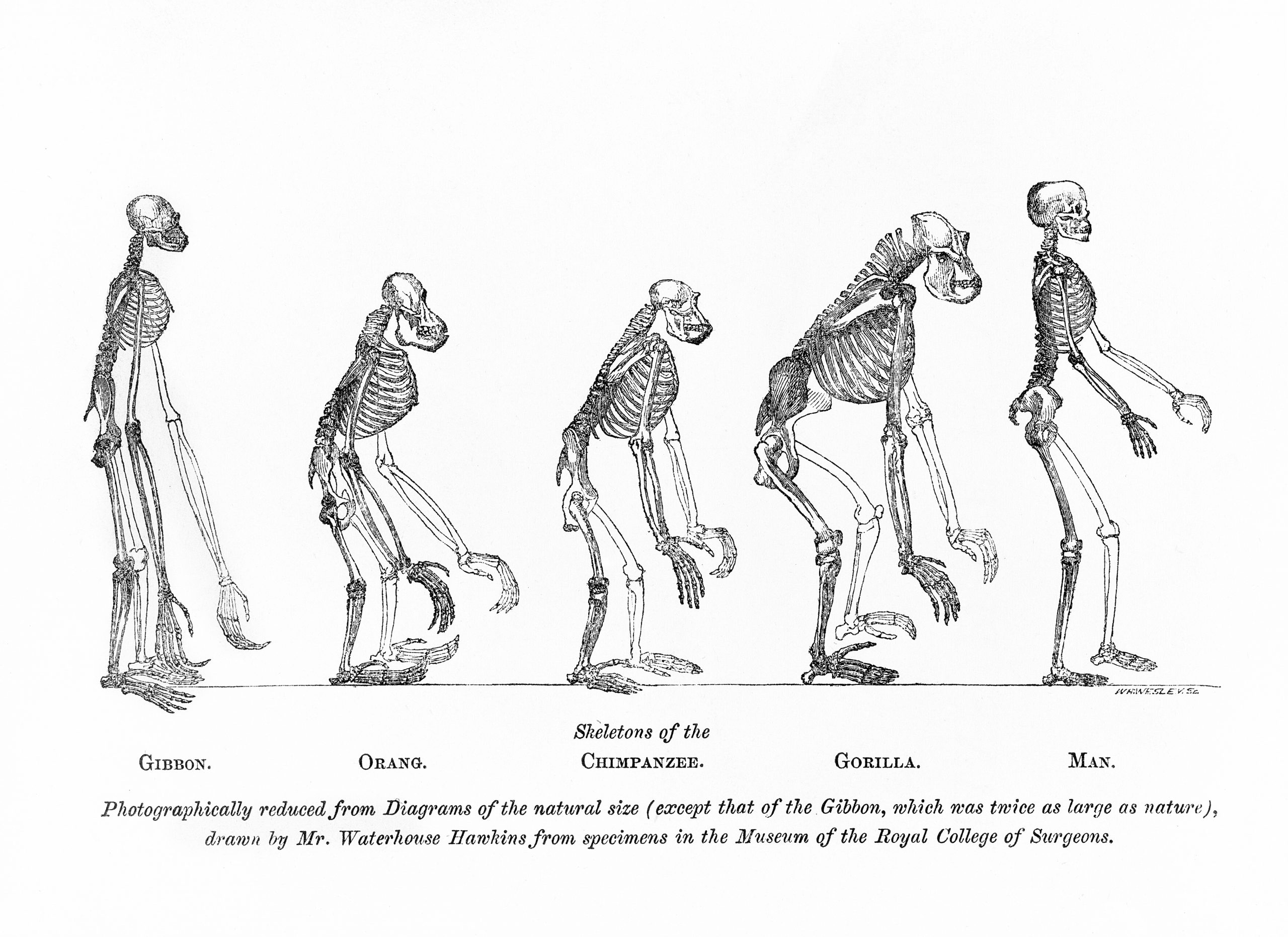 Some students will think animals move using only their bones, but muscles, ligaments and tendons are also needed to move and many animals can move without bones e.g. jelly fish and insects. Bones provide support, protection and allow movement on land. But they also play an important role in the production of blood cells. This webpage provides further information on how to carry out a bone dissection to explore its function further.

Comparing the similarities between the bones of different animals provides evidence for evolution – that is all organisms descended from a common ancestor. Humans have the same number of neck vertebrae as giraffes!

Demonstrate the dissection of a pig’s trotter.