It’s really important that we spend time helping students to understand Newton’s laws of motion – and use his framework to help scaffold thinking and explanations. When I first taught forces I didn’t use the three laws and instead just relied on teaching facts as opposed to teaching key conceptual understanding i.e. 1) forces are needed to change the motion or direction (I don’t think teaching push or pull is that helpful) 2)  force = mass x acceleration and 3) forces act in pairs. Read Rosalind Driver for more information on key misconceptions that must be planned for and remember that many of these ‘student’ misconceptions will also be ingrained in us!

GCSE and Key Stage 3 worksheet on Newton’s laws. Students can state Newton’s laws but do they understand them? Here we use a series of thought experiments to see if students understand Newton’s three laws of motion. This can also be used to support new teachers think about student misconceptions.(PDF) 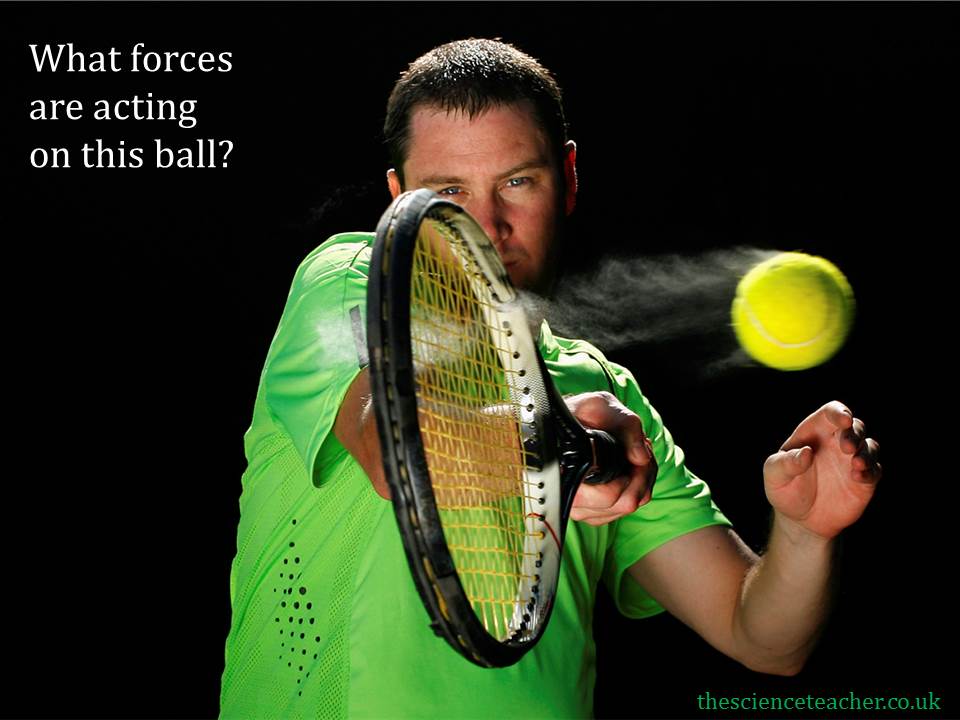 Key Stage 3 and GCSE worksheet on Newton’s first law of motion. Students identify and label forces acting on a tennis ball that has been hit by a racket. Many will mistakenly think there is a force acting in the direction of motion. Of course there is not, only air resistance and weight are acting. (PDF)

GCSE and Key stage 3 worksheet on Newton’s third law. The purpose of this task is to help students understand Newton’s third law. It is quite common for students to think that if interacting forces act in pairs, then a force in one direction will be cancelled out by an equal force acting in the opposite direction. Of course the interacting forces act on different objects and so both objects will experience the force. (PDF)